Storytelling Session with the Dooher Family 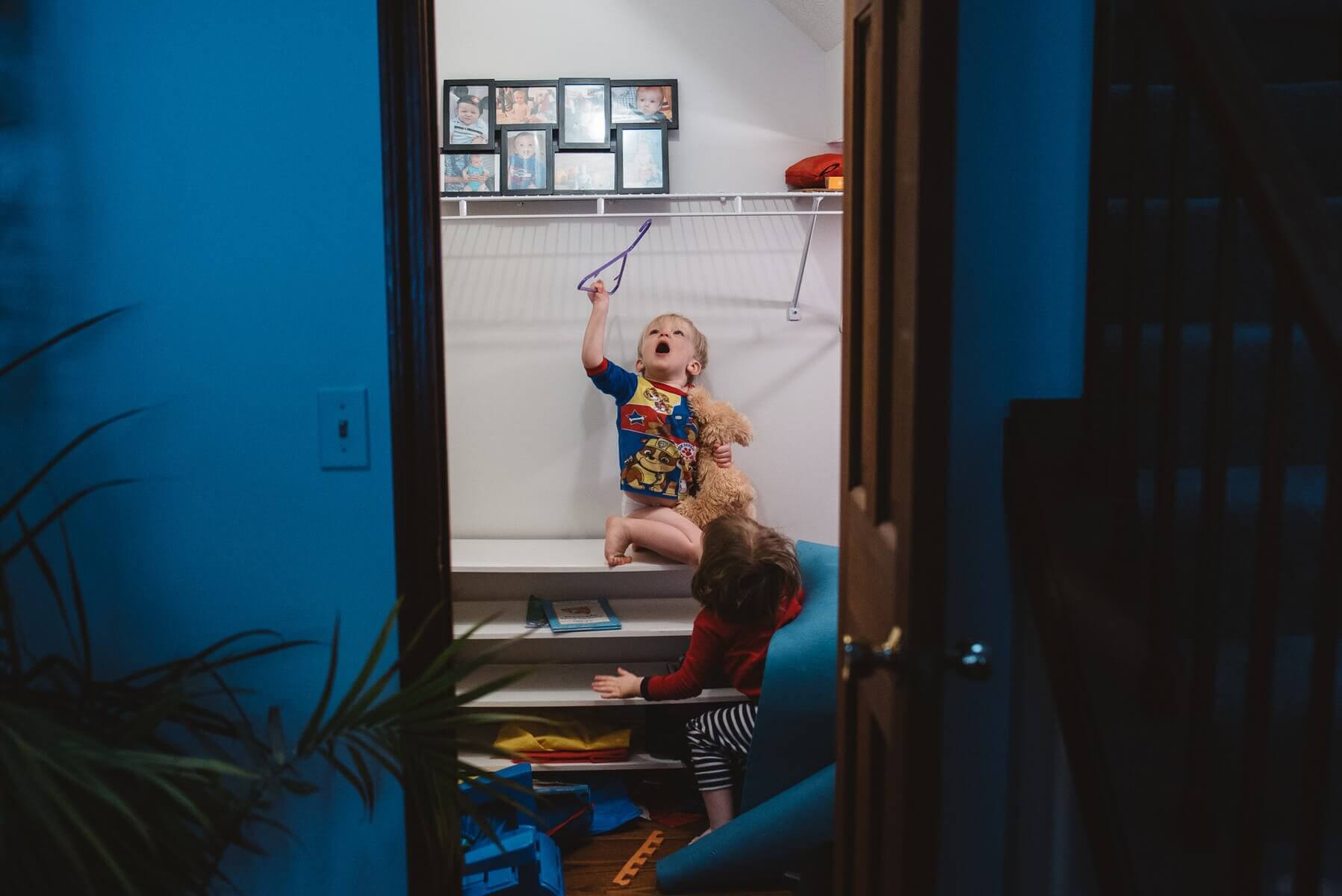 The last two sessions I had covered evening routines, so when the Dooher family told me they wanted to cover their morning routine I got a little giddy. Now when I say morning routine, I mean, kids are just barely awake morning routine. When I arrived at their house at just about 6:30 am, I was greeted by the glow of their TV and a very groggy James (Dad) and Anthony (4) watching Arthur. However, it wasn’t long until Kim (Mom), Deaglan (2), and Vivian (6 months) joined us as well.

Kim and James were definitely working in sync throughout the morning, working tirelessly to get three little humans ready for the day. They were definitely a team, and you could see it in everything they did. From entertaining the boys to working with Vivian on her physical therapy requirement, these two did not skip a beat. Before breakfast, they each took the time to spend with all the kids in the playroom.

After a bit of playtime, everyone went into the kitchen to make French toast. While James was diligently working on breakfast, it was Deaglan that stole the show. From trying to put plates on his brother’s head, just randomly sticking his face through the kitchen chairs, or just stuffing his face to the brim with food, he was just hysterical to watch. Believe it or not, he was the one that was slow to warm up to me—I’m grateful that was short-lived and he eventually had no problem showing me his goofy, playful, and inquisitive personality.

After breakfast, we all went into the playroom for more playtime and this time, it was Anthony who really stood out to me, he was so sweet and caring towards his little sister. He constantly made sure she was included and had no problem showering her with affection. It was absolutely heart-melting. Vivian was the most laid back baby ever. You could tell she just loved being in everyone’s company, especially Anthony’s, and enjoying the action happening around her.

The boys eventually went over to their “cave” (a closet in the guestroom) and had some fun there until they eventually kicked me out. But it wasn’t long until they came out for some reading time with mom while dad helped Vivian with some physical therapy. By the way, have I mentioned how much I just loved their house! Their guestroom had a loft, and of course, I couldn’t help but use it to my advantage to take some great pictures.

Before I left, I was able to capture the kids as they met their new baby cousin via FaceTime. The kids’ reactions to their baby cousin was so sweet, you can already tell they are going to be the best of friends.

Kim and James, thank you for allowing me to get to know your family, especially that early in the AM!

Be sure to check out the slideshow below to see some of the highlights from our evening together. For optimal quality, be sure to view in at least 720

← Storytelling Session with the Sinicropi Family A Love Rekindled →

This imaged placed in the top 20% for the IAPBP (I

This function has been disabled for Birth and Family Photographer Serving Western, NY and beyond | Gabriella Hunt, Photographer.